Because you want to be a British football hooligan with a machine gun and you like spending your time beating people up while shouting at the top of your lungs. Between dirt-cheap, durable infantry, ease of acquiring Fearless, and exceptionally point-efficient anti-infantry shooting and melee, Orks are initially very forgiving of tactical errors.

However, the codex has aged bizarrely, with vehicles becoming less of a threat and newer rules phasing out old standards in the recent 6th Edition. They lack anti-tank firepower, however they aren't as boned as Necrons WERE in this regard, but Ork armies are increasingly becoming dated. It isn't entirely hopeless though; they excel at lower-point games and still are amazing at volumetricly shooting infantry and light vehicles dead, allowing some degree of protection against spam armies.

But in all seriousness, these guys should be placing blades through brains in close combat.

The only army to be better than Orks at swamping enemies in dozens of models and hundreds of attacks are the Tyranids. And they don't have worthwhile ranged support.

Keep in mind that you will be playing a 4th edition army in a 6th edition game. You will not be steamrolling any tournaments. Then again, being a horde army with cheap troops has some major upsides in the current edition.

In a meta where cheap fliers are giving some people difficulties, orks can afford to not give a single fuck: Orks will have upwards of boyz on the table, fliers get to shoot boyz per turn at best, and if their flying circus even enters from reserves orks can throw tons of dice upward that even on a snap shot is mathematically guaranteed to hit something.

Coincidentally, orks are kings of taking and holding objectives, nobody likes trying to remove 30 angry shoota boyz from a ruin. In short you will be having boatloads of fun by burying your enemies in the best point-for-point troop choice in the game. Be sure to bring a bucket full of dice. 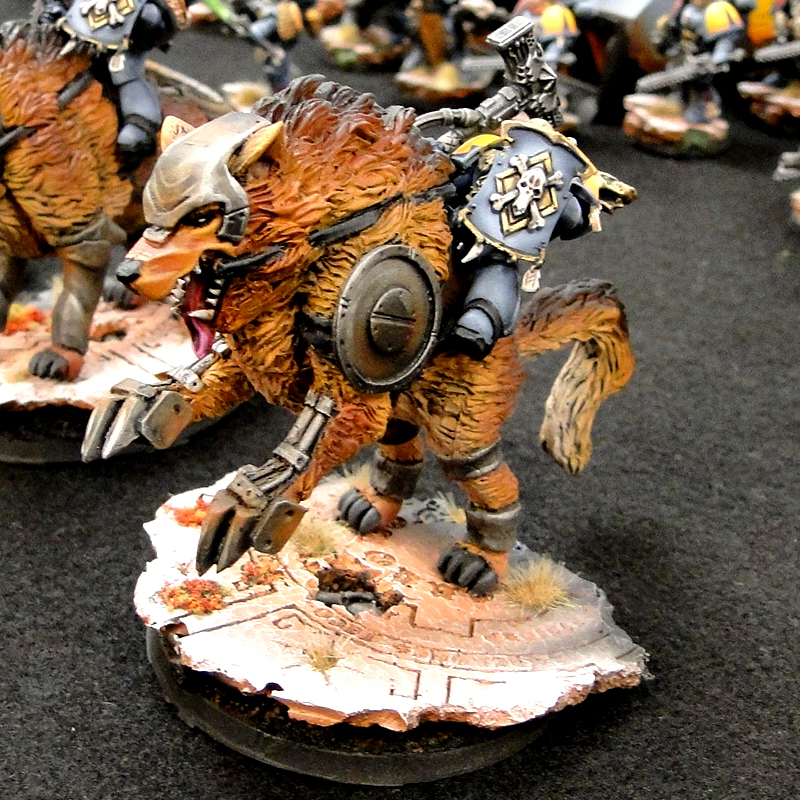 Additionally, you are just about tied with Chaos as the army that gets the most loving from Forgeworld and Apocalypse. Up yours, Tau.

Snap Firing lets you fire under special conditions, and it makes you Ballistic Skill 1. Orks are BS2 naturally, and their guns account for that by upping the volume of shot, giving you an advantage to Snap Firing like no other army.

Overwatch is a special kind of Snap Firing that lets you shoot at BS1 into oncoming enemies charging into assault with you. Again, you are Orks, and ought to be charging, but you also have that absurd shot-density that can end an assault before it begins. Half the games you play will now start out with Night Fighting in effect. Yes please.

And Night Fighting is useless against Dark Eldar. Make use of cover. Remember to bring your KFF and always remember to roll for night fighting when allowed.

Finally, Characters , a term that was once only a clarification, now gives Squad Leaders and Independent Characters special abilities. Look Out, Sir! Also important is the rule that gives you characters the ability to, if they roll a six to hit, single out a model in the unit they are firing at to take the shot they fired.

This means that all Nobz which lead a mob! Prophet of the Waaagh! If the Warlord already has the Waaagh! Like a Thunderbolt! Many people call this guy the better Wazdakka, No they don't, he ain't shooty enough. He has twin Big Shootas, a power klaw at normal initiative Space Marine no less!

He also gets to take warbikers as troops, no surprise. This means he must be used as a close combat shock unit, and needs a warbiker or nob-biker retinue. 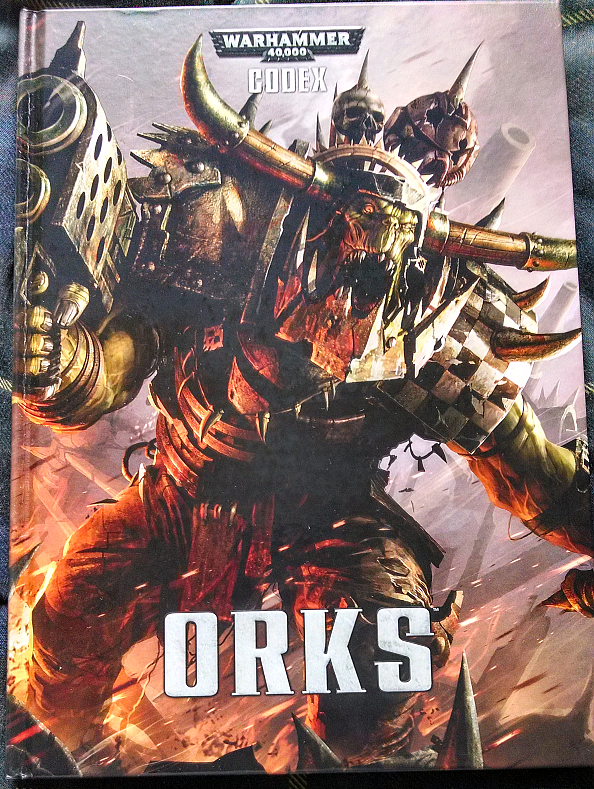 His lack of an invulnerable save and Eternal Warrior makes him too risky for competitive play. Modeling note: Dont bother with forgeworld. Easy to build and make look better than forgeworld for MUCH cheaper. Alternative take A single basic Deff Kopta is a great upgrade for a squad that doesn't want to take it's overwatch.

I suggest you make your own instead of buying from forgeworld. Creative, yes. Note: Don't waste yer teef on da stuff GW sells, an' don't get yerself arrested punchin' out dere teef neither. Make yer own. In this edition, there are only two really viable builds available to orks. The first is a footslogging, shooty horde that has a fuckton of models to overwhelm the enemy and take and hold objectives, and the second is the old fashioned speed freaks list: go balls out and reach combat in turn two, or die, horribly.

The builds listed below are not definitive, merely guidelines to what units work well together in a list. Warning: fun may be had when playing with or against either one of these, as cheese is quite rare in the ork codex nowadays. What did you expect? Buttloads of Boyz everywhere, in thirty-man squads, charging across the battlefield. This should be your only tactic in point games, seeing as you don't really have any singuar pivotal unit in your army besides massive amounts of troops.

Place man squads of Gretchin in front of the boyz to give cover, wounds, and distractions. Stick a Warboss with Power Klaw really, would you do anything else? The green tide tactic works because relative to the other horde armies Tyranids and Guard Ork boyz are significantly tougher at toughness four while costing roughly the same.

And unlike the Tyranids and the Guard, most of your other slots can be filled with large hordes rather than small squads or broods. The reasoning behind this is that you can throw forth so many units at the enemy that they simply won't be able to gun down enough of them to not get fucked by the time you're in charging distance, and even other assault armies wither when hundreds of boyz charge into them.

And unlike the Tyranids you get grenades which is vital for assaulting into cover without losing shit tons of models alternatively, some units don't need grenades because they have low initiative anyway. Not as useful in 6th, because most armies have basic troops at I3, meaning an Ork Boy squad is still going last. Footslog forward, shoot at things. The KFF will give some mobs cover while they advance. Lootas, Dakkajets and Big Gunz can and will crap out an absurd amount of dakka while your boyz move forward towards objectives or targets.

Once your shoota boyz get in shooting range too, holy mother of fuck, you will finally achieve enough dakka wrong you can never achieve enough dakka! These dice of yours are burning red. Also, if your opponent wants to waste shots on 60 point backline artillery units while your fuckhuge blobs of rape are breathing down his neck, more power to him.

Smile and advance. Remember the most important combat rule when playing orks: Chop the shooty and shoot the choppy.

Boyz are exceptional at both for their point cost, but will get tabled by dedicated units of either when fighting on their terms. This adds up to models that can dish out exactly nine-hundred and twenty-nine attacks on a charge, that's still a fucking lot considering your table is going to be swimming with models.

This tactic works up until about points, when counter-horde weapons and vehicles are assured. 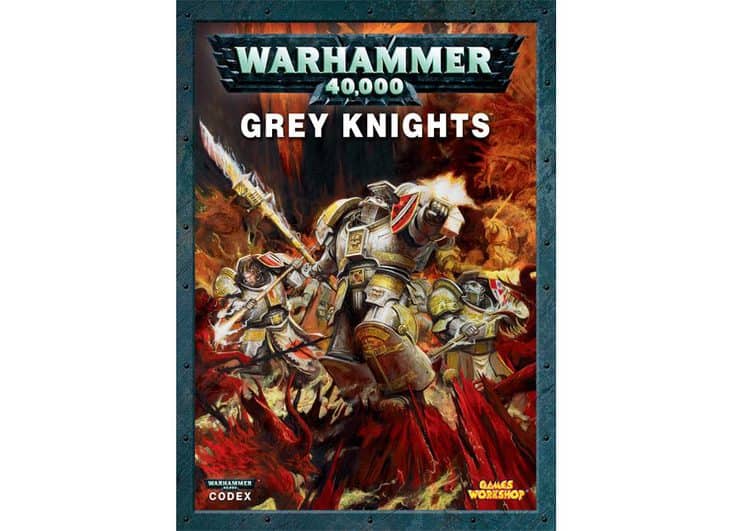 Tau at points can actually be beaten by a well-practiced mob tactic, seeing as they can only fire so much per turn. If speed is your need. Yes, this is the Kult of Speed Evil Sunz is similar and a tactic.

Bikes are encouraged, but not fully mandatory. Paint them and every vehicle Red, because "Red Ones go Fasta! The goal is to get up to enemy lines as fast as possible; ram, slam, and crush infantry with vehicles; and assault with the transported Orks.

Vehicles can be used as walls afterwards, or to ram more infantry. Boyz with Shootas in Trukks can go speeding around and dumping 22 shots per turn plus a Big Shoota into whatever assault troops the enemy charges with at a relatively safe 24". This tactic is great against infantry-spam Guard and 'Nid lists. It also spreads out rapidly to take points. Beware though, Ork vehicles fall apart at the mention of anti-tank, and the relatively low numbers of Ork troops make it loose staying power after its first punch, so make every die roll count.

Target saturation is one of the few ways to run trukk boys, outside of using a Kustom Force Field. On turn 1 your opponent will target the highest risk, top of the list are vehicles transporting anything that does well in close combat.

Its better to have 6 chances to get to the front lines and few failing than one chance that is destroyed before your turn. It is possible to take up to 6 8 Battlewagons, though only Nobs and Meganobs can take them as dedicated transport, meaning it will cost you three very useful elite choice spots, both HQs Since Warbosses can take a single unit of Nobs and Meganobs as Troops, per Boss and all three of your Heavy Support choices.

Still, that's 8 Deffrollas and trimming, filled with pissed off Nobs. Stupid tricks may catch your opponent off-guard the first time. They aren't a sure-fire path to victory by any stretch but are worth mentioning due to the relative surprise they can pull. Orks only look out for number one.

Orks don't care who gets them to the fight, in fact they are probably the least racist race in the Grim Dark future. You want to show them a good fight? They will always fight with anyone, its just everyone else who has to get over their own egos to work with the Orks. That being said Orks always treat everyone the same, show us a good fight and we will show you one as well.

When running allies, always consider filling in the parts your own army lacks. For orks, this is high Strength, ranged AP2. We do not need choppy things, we need a very particular kind of shooty, or otherwise useful anti tank weaponry.