How Does The Book Series Game Of Thrones End Theory 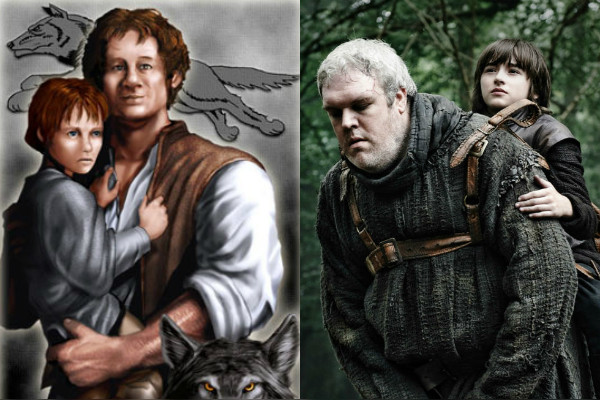 With the penultimate season winding to a close, fans all over the world are facing a question that has long been the subject of speculation: How will Game Of Thrones end?

For years, those who had read George R. Martin's A Song Of Ice And Fire novels were one step ahead of the non-initiated, knowing the endings of each season ahead of time. Now, with the sixth novel, "The Winds Of Winter," still lacking a publication date, all audiences are finally on the same page. But even without source material to compare to, it's seeming more likely that Game Of Thrones ' ending will be very different than the books'. There have already been so many differences between the Game Of Thrones show and the books , it would be virtually impossible for both iterations to end up in the same place anymore.

There are characters who have been killed off on the show who are still alive in the books, there are new characters who have been introduced in the books who are absent from the show, and there are major events that have played out in varying ways from version to version. Of course, both the show and the books are certain to culminate in a similar clash between ice and fire, between White Walkers and dragons… but everything leading up to that final conflict — and who's left standing when it's over — could prove to be drastically different.

Here are some reasons why:. After 67 action-packed episodes, it's hard to believe that Game Of Thrones will be ending after only six more installments. 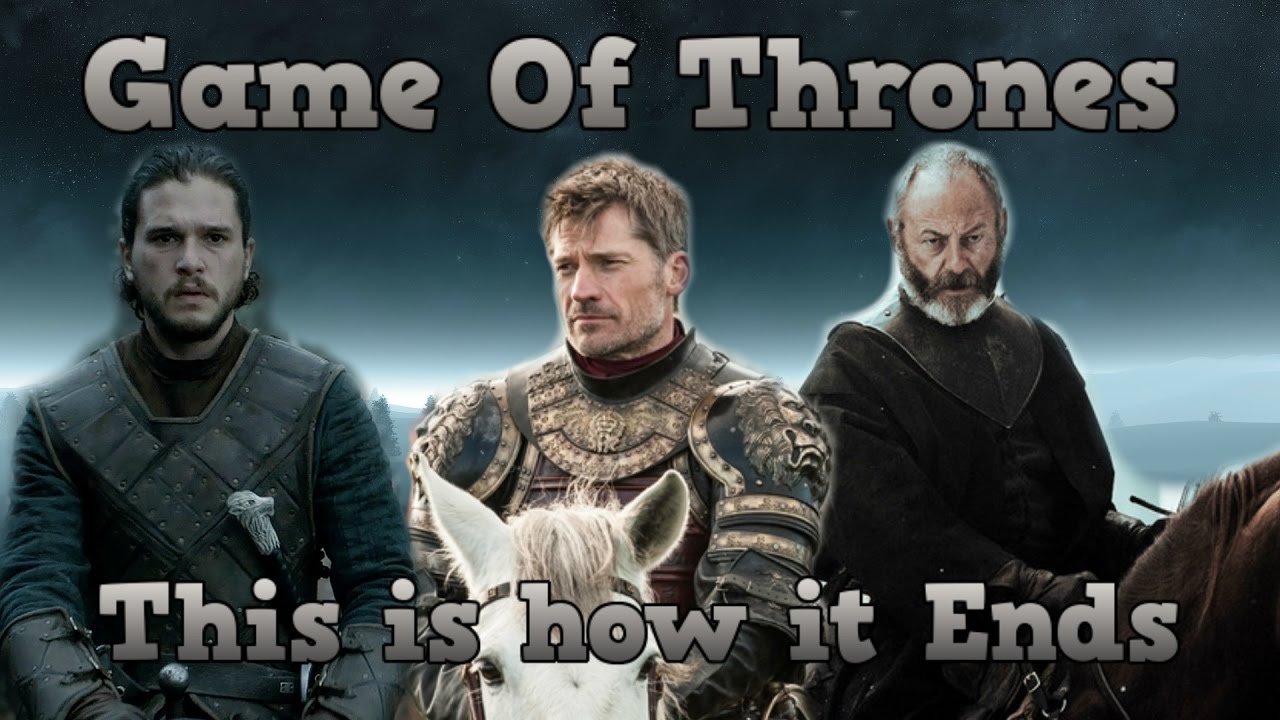 Sure, characters have been killed off with abandon and storylines have started to consolidate; but a half-dozen hours still seems like an awfully short amount of time to bring this sprawling saga to an end. This timing implies a breakneck pace that Martin has stubbornly resisted in his own writing. Weiss' show is growing increasingly streamlined and fast-paced. 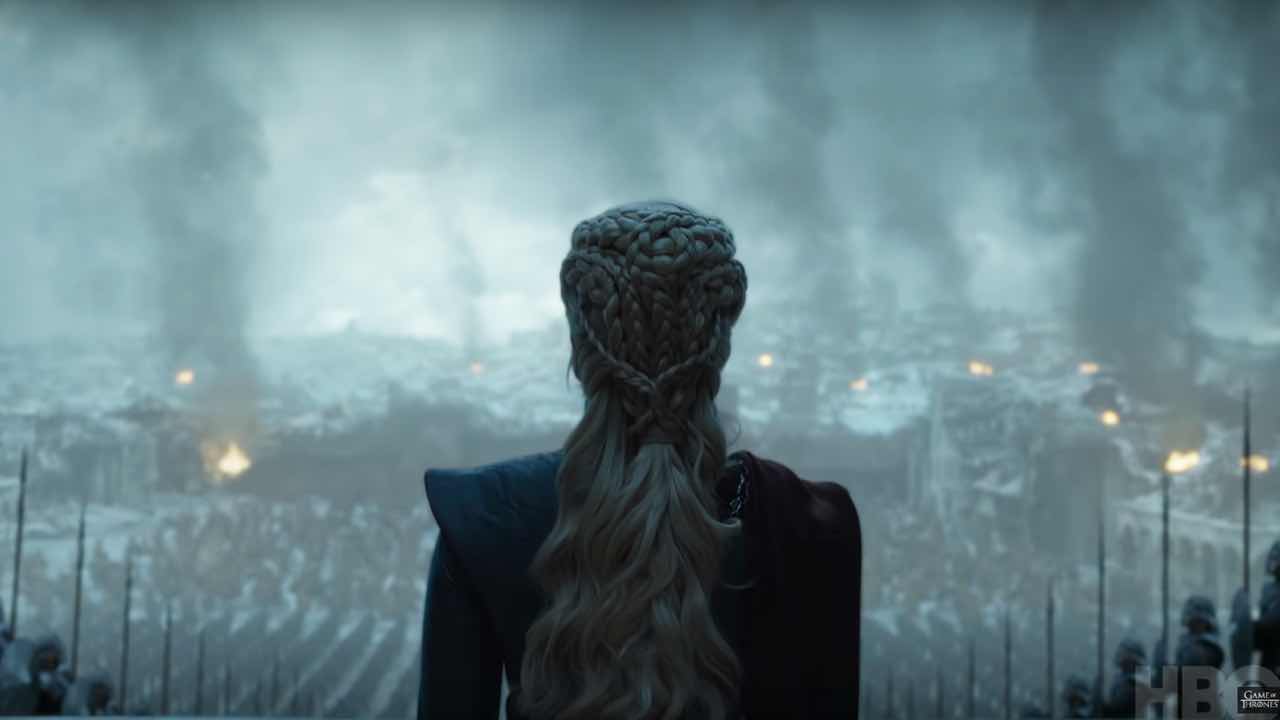 Viewers can probably expect this to mean more major deaths, more major battles, and more focus on the show's few remaining major characters at the expense of the continually expansive world-building that characterizes Martin's novels. Of all the main characters that exist in both the show and the books, Sansa's storyline has perhaps strayed the most in the process of adaptation. On the show, she was wed to Ramsay Bolton, helped Jon win the battle of Winterfell, and now helps rule the castle as the King in the North's right hand.

In the books, however, Sansa's childhood friend Jeyne Poole was the one married off to Ramsay; Sansa remains sequestered away in the Vale of Arryn with Littlefinger, betrothed to a minor character who doesn't exist on the show.

Sansa barely even figured into Martin's original outline for his novels.

At this point, it seems like it would be almost impossible to reconcile the two disparate versions of the character — which could have big ramifications for the ending, considering how central the Starks are to the saga's narrative. Big changes have also happened to the Lannister siblings. One traces back to Season 4, when Jaime helped Tyrion escape from King's Landing; in the books, Tyrion falsely claims to have killed Jaime's son Joffrey, driving a wedge between the brothers that doesn't exist on the show.

How Game Of Thrones Will End! THEORY

A similar estrangement has grown between Jaime and Cersei due to her increasing paranoia and not-so-secret affairs; on the show, the incestuous siblings remain as close as ever, with Jaime standing staunchly by Cersei's side.

Finally, there's the small matter of Cersei being crowned Queen — a turn of events that hasn't happened in the books… and which there's little evidence to suggest will ever happen. It was a big deal when Season 5 began with a flashback to detail a prophecy made by a witch about Cersei's unhappy future, given that it was the show's first-ever onscreen foray into the past.

So book readers were surprised when the show took the trouble to show this event only to cut out half of the prophecy.

Maggy the Frog's prophecy ends with the following portent of doom: "When your tears have drowned you, the valonqar shall wrap his hands about your pale white throat and choke the life from you. But a popular theory claims that the "little brother" in question is actually her twin Jaime, who is technically several minutes younger than Cersei.

So is Jaime fated to kill his own sister-lover?

Maybe not on the show, where the whole valonqar bit was cut out. Perhaps the writers are planning a different death for the show's longest-running antagonist… maybe one involving Dany's dragons or Arya's blade? Given how warmly the character of Oberyn was received in Season 4, and how intriguing the kingdom of Dorne is in the books, it's a pity that the subplot didn't translate as well to the show.

How does the book series game of thrones end theory

In fact, the writers literally killed it off in Season 6, having Ellaria Sand stage a coup, murdering Prince Doran and his son Trystane, then having Ellaria and the Sand Snakes bite the dustin Season 7. In the books, a slow-simmering storyline reveals the existence of a secret alliance between the Martells and the Targaryens, cemented by a marriage pact between Doran's son and Daenerys.

Attawapiskat crisis summary of the book

This storyline doesn't end well when the Dornish prince is roasted alive by one of Dany's dragons before he can woo the Targaryen queen; but whatever role the Martells are going to play in Martin's endgame, there's now zero chance of it figuring into the show at all. Martin's fifth novel, A Dance Of Dragons , gets its momentum from the fact that many characters are on paths to intersect with Dany and her dragons in Meereen.

But many of those threads were cut or changed on the show — and one such omission was the existence of Dany's nephew, Aegon Targaryen. Rhaegar's son was presumed dead in the sack of King's Landing, but it's revealed that he was smuggled out of the castle and has been raised in exile by Targaryen loyalist Jon Connington, masquerading as merchants named Griff and Young Griff.

While Dany is still stuck in Meereen, Aegon has already landed in Westeros to start shoring up support before his aunt can get there. Of course, the question of whether Young Griff is actually Aegon or just another in a line of fake Targaryens known as the Blackfyre Pretenders remains up for debate.

But it's a major hiccup in Dany's road to conquest, and without the presence of her faux? The Greyjoys are another of the factions in Martin's novels that are moving full steam ahead towards a collision with Daenerys… and things for the Ironborn family look very different on the page.

There, Theon and Yara or Asha, as Martin named her are both currently held captive by a still-alive Stannis Baratheon, and their uncle Victarion is on his way to woo Daenerys in their other uncle Euron's name. Naturally, Victarion plans to betray his brother and take Dany for himself. On the show, Euron himself is wooing Cersei instead, and Victarion doesn't even exist.

So what is the show's endgame when it comes to the Greyjoys? Viewers should be used to complaints about the lack of Lady Stoneheart by now, but it's a pair of missing horns that seems like it could be more relevant to how the end of Game Of Thrones plays out. On the "fire" end of the spectrum, there's Dragonbinder , carved from the horn of a dragon, and able to bind any dragon who hears its blast to the will of the person who possesses it.

On the "ice" end of the spectrum, there's the Horn of Winter also called the Horn of Joramun, after an ancient King-Beyond-The-Wall , carved from the horn of an aurochs, and supposedly capable of bringing down the Wall with one blast. Popular theory holds that, in the books, the Night King will use the Horn of Winter to destroy the Wall and invade Westeros. While it's possible both of these artifacts could still be introduced on the show, it seems unlikely at this point.

Increasingly, the show has been killing off characters who are still alive in the books. This particular change in adaptation isn't anything new; it stretches all the way back to the death of Dany's bloodrider Rakharo in Season 2. But the pace of these unexpected deaths has undoubtedly been picking up lately. Given that no one has read Martin's last two books, it's impossible to say how many of these characters will factor into the story's endgame in any sizable way.

Ser Barristan comes to mind: he's just starting to rise in prominence in the novels, getting his own point-of-view chapters towards the end of A Dance With Dragons … but he was killed off on the show before his character ever reached that point.

How Will The "Game Of Thrones" Books End? Here Are The Top 10 Theories

So, to recap: there are only six episodes of Game Of Thrones left; Sansa has taken a major detour; relationships between the Lannister siblings are very different; the Dornish have been wiped off the board; Dany's biggest obstacle to the throne doesn't exist; and nobody really knows what's going on with the Greyjoys. All of these are likely to have huge ramifications when it comes to the way the story ends, but the biggest reason that the endings of the show and the book might be different is also the simplest: just because.

Martin must know how his saga will eventually end; but he's obviously having trouble getting there. At this point, the showrunners probably have their own ideas for where the characters and storylines will go next — and if they come up with something different than Martin's original vision, then all the better. Fans of the saga will get to experience its epic conclusion twice: once onscreen, and in an entirely different manner on the page.

Of course, all this talk of how the endings of the show and the books will differ is predicated on the assumption that Martin ever gets around to finishing A Song Of Ice And Fire.

And I suppose that, at this point, one should never take anything like that for granted…. At the end of the day, the single biggest difference between the two endings may be as simple as the fact that Game Of Thrones even has one.

The Show Ending Vs. Here are some reasons why: 1. The Timing.