Avatars of War: Arena DeathMatch is a 28mm miniatures game that depicts the bloody clash between two or more bands of heroes facing off on the floor of the arena, in front of a raucous crowd that is thirsty for action, violence and death.

This deadly contest is known as a deathmatch. The most powerful heroes among the mortal races are known as Avatars of War—heroes chosen by the Gods of War themselves. 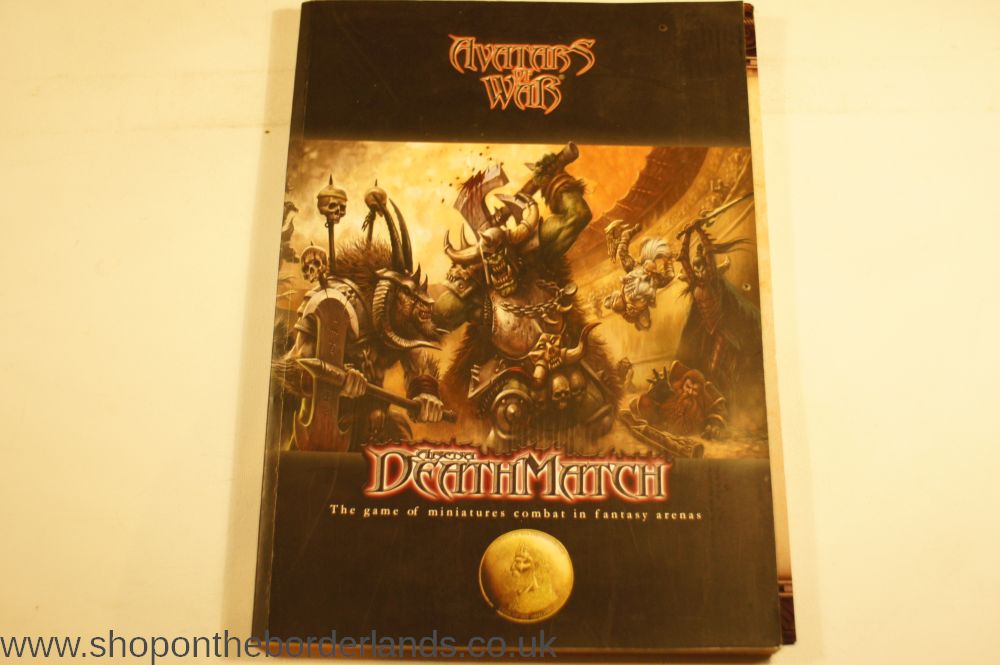 These Avatars, in addition to being fierce combatants, are able to draw upon the silver of divinity within their souls for the power to expand their already awesome combat abilities.

In Arena DeathMatch, each player controls a band of Avatars of War as they face off on the arena floor in front of a cheering or jeering crowd. The perils of the Arena stand against you: traps, hazards and even savage beasts stand between you and your opponent. 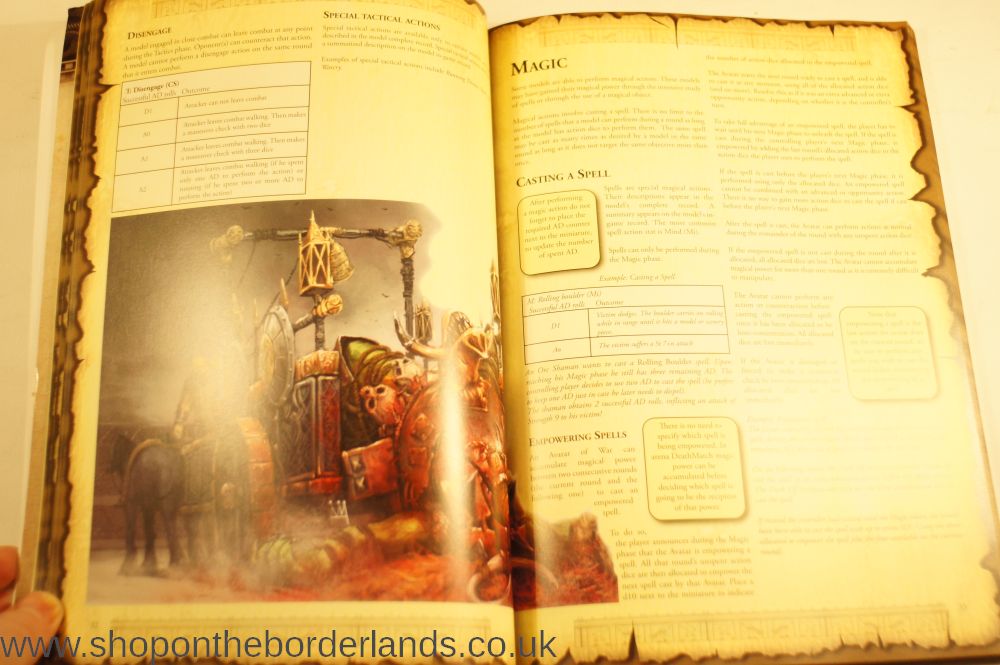 The door to the Arena opens, and the shouting crowd is eager to see their favourite heroes fight to the death. Will they be cheering your victory…or your death?